After years, I had released my games on App Store (IOS) – Earnings and Statistics.

When I was releasing my mobile games, I was always avoiding App Store (IOS), I just didn’t have enough cash to release my games on App Store, on Google Play it was a lot simpler. I got PC (with Windows), phone with Android + I had paid ~$25 for lifetime Android developer license, which allows me to release an unlimited number of games/apps on Google Play. Costs for IOS are a lot higher, in my country Apple Developer license cost ~$104 per year (while on Google Play we got a one-time fee), except it for releasing On App store we need PC with macOS + iPhone (or iPad for testing). After publishing my 8th game (like 1 year after it) in 2019, I had released a few of my games on IOS. I wanted to do something new, so I had updated my old games on Google Play + web, and I moved toward releasing a few of my games on the App Store.

I had chosen 3 of my games (Money Tree idle clicker, Mirkowanie, Fisherman Idle clicker), I had chosen them because they were my most popular games (in terms of downloads in Google Play). Shame that I had released my games on an IOS a few years later than on Android. IOS versions of my games got almost 0 marketing, but let’s look at some data.

Total downloads of my games on App Store (click image to open it in full size):

Fisherman Idle Clicker got most of the downloads, no idea why. I think that I had written about this game on Touch Arcade forum + on Reddit. But that doesn’t explain over 2k downloads.

Yep, this image explained all things, most of the downloads come from App Store search, on Google Play it would be so hard to achieve this, on Google Play there are a lot more games.

“Fisherman” Countries of downloads  (click image to open it in full size):

Strange, in all my games (on Android), most of the downloads come from Poland (I’m from Poland, so it’s easier to get players from this country). But, on IOS, the situation is a lot different (iPhone/iPad in Poland is less popular than in the USA), no idea why 2nd country is Russia. In the last 7 days, I got 9x games downloads in App Store (7x Fisherman, 2x money tree, 1x Mirkowanie).

New downloads of my games on App Store  (data from ~1 month, click image to open it in full size): 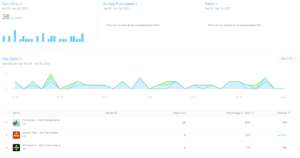 Downloads countries (All games, Europe, click image to open it in full size):

Downloads Continents (All games, click image to open it in full size):

Downloads Devices (All games, click image to open it in full size): 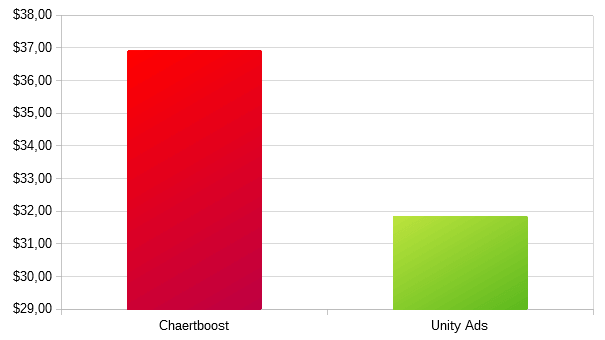 Would I release my games on IOS again? Yes, it was a good experience, in the future, I plan to release my new games on IOS too. I feel that IOS got a huge potential (in terms of expanding player base). Like I said, If I released my games on IOS simultaneously as Android, I would get many more players. On Google Play we just submit app/game, and it’s visible on Google Play, on App Store (IOS), humans verify our games/apps, my games got rejected few times, the reasons were:

“The primary purpose of your app is to encourage users to watch ads or perform marketing-oriented tasks, which is not appropriate for the App Store.”

In the App Store, we shouldn’t use words like cash, fortune, money tree,  etc. I had removed those words from my game descriptions, and after a few rejects, my games were released on IOS. It took a few weeks, but it was worth it + In the future, I won’t make this mistake with descriptions.

Play my games on IOS here (just click one of these buttons/images):

Fisherman: (my best game, try this one)

*If you are on Android, you can check out my games on Android