Why My First Game failed? (Mini Case Study) – Guide for developing a game that will fail

A few years ago, I had started developing my first simple mobile game (Bomb Rain – Tap Reflex Game). In-game, we have to tap the bomb before it hits the ground. Before I had written about Earnings and Statistics from my first Android Game – Bomb Rain, now I would like to share my thoughts on things that have been done wrong. Remember, I’m just a newbie in gamedev. Bomb Rain is only a simple/mini case study about what has failed.

PS: this post is also available as a video, if you just wish to read this post, just continue reading, and ignore the video :-} 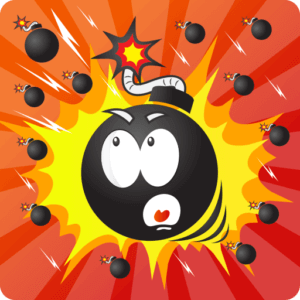 I didn’t even know what I was developing.

There was no game design document or any plan for developing my first game. It started from “Ok, let’s drop some bomb, if we click it, it will be gone, if it will hit ground we will lose, let’s just add some random town system, etc..” I had never known when was the finish of the game, what it should contain. All was just so random. It’s hard to finish developing a game if we don’t know what “finished game” means. And I was developing it too long. I should start a lot sooner with a gameplay test.

The marketing of the game had started when the game was already released. It was just too late. Gathering the community before releasing the game is the best way to get players after the game’s release. I think I was too shy to share this game on social media + I did it too late (a few weeks after game release). I was also not familiar with Social Media sites/marketing, so I made many mistakes. If today I would repeat the creation/launch of my first game, I would get many more players. Same with retention (players coming back to the game), I didn’t care about stats like that. I didn’t even know how they should look. Shame I didn’t set an e-mail newsletter for game release + some discord server. Ah, and the posting time of information about the game on Facebook/Twitter/Reddit, etc., is just so important, same with Reddit’s Subreddits.

I should focus more on the core gameplay. I just wanted to put everything into this game. I got a simple town system, quests, potions system, endless mode, story mode (with story), upgrades, boss fights, etc. Right now, I would drop the town/potion system and other strange things and focus on endless/story mode so that the game would be a lot longer + better. I mean, if most of the players will leave after playing a few levels, they won’t even see the next parts of the game, so extra things were just pointless and a waste of time. Sometimes more content = worse game. Same with game balance, the game was just so unbalanced. If we put into your developed game mechanics from all other games, it won’t mean the game will be good. 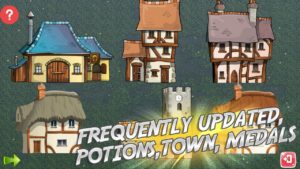 Bomb Rain was also released on the Web (WebGL). The bad thing was that, It was just not suited for it, bombs were falling too fast, the gameplay was just not balanced for the mouse. Also, WebGL on Unity was a lot worse than today. I just got so many problems with it, problems with loading/saving the game, etc. I think I just too much-ignored WebGL. I did too fast a release for it.

No support for translations

Translation can be a great way of getting more players. But my first game got only English language. There was no support for the translation system. If the game were popular, I would lose many players because of a lack of localization support.

The code was just a piece of garbage. I can’t even understand why I would even write that piece of crap in my life. If the bomb rain would become a successful game, and I would need to bring updates to it, that would be a true failure :-} But that’s good. I’m progressing. It would be so bad if, after a few small games, I would look at my first game and think, “Good code.”. Right now, I could make “Bomb Rain” a few times faster, + I would write a few times less code. I still remember the building errors I was getting with Google Services + other things, and It took me so much time to resolve them. Nowadays, It would be a few minutes, same with other bugs, things.

That’s an important plan. I got no idea how I can earn on the game, how I should set it. I was just not focused on it. I didn’t also get IAP.

Shame I didn’t release IOS Version. It would give me an extra marketing/downloads boost. But it was just a matter of cash. I got no cash for developing for IOS. If your game fails, the money invested into releasing for IOS will be a huge loss. On the other side,  the App Store is a great way to get extra downloads + better feedback on social media (IOS users are engaged too).

No trailer, no GIFs

I had never made a trailer for this game. The reason was simple; my mobile phone was just too slow for recording screen, when I tried recording even standard screen, it was just lagging so bad, same with PC. The GIF reason was the same. But GIFs are a great way to show the game. From my observation, GIFs are getting many more shares on Twitter/other sites than static images. Also, my phone couldn’t even run my game (until the moment of changing it).

Today I would invest even a small amount of cash into marketing. Google Play just got so many apps/games. The graphics was not in the same style. I was using some cc0 graphics. Some bought from assets (sprites) from xx artistic graphics, some from yy artist graphics. The whole graphic just didn’t fit. But the problem was cash. Graphics are not the most important things in games (at least for me), but potential players will more likely install them if they look good. 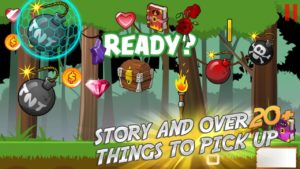 And many other things have failed, but those are the most important. I learned that developing a game is just a part of the gamedev, and Releasing the game is just another story than making the game. I also need to spend a lot of time on marketing, same with building the community. GameDev is just like a drug. If you start it, you can’t stop it, the feeling of releasing something, getting feedback from players. It’s just something beautiful. After Bomb Rain, I released a few small games, they had all failed, but I’m developing my first PC game right now. I hope it will be a lot better (If we look at Steam Wishlist, I will soon get more people on it than the downloads of my first game in the first month of release).  You can check my new game on Steam:

^^ My next game, I’m not posting a link to Bomb Rain (the game from this post), but if you wish to check it out, just search “Bomb Rain – Tap Reflex Game” in Google Play, and you will find it, but it’s not worth it :-}

PS: From good news, the Bomb Rain was mentioned on one polish blog website + few small YouTube videos (I think they are all down right now).