Downloads in ~30 days (Google Play, from 22 October to 20 November, click image to open it in full size): 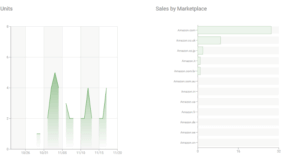 
Earnings data (click image to open it in full size):

It is my 8th game. To be honest, I hope that my kidney is fine, and I will quickly sell it (just joking). I had expected these earnings. I never expected something (big cash, popularity, MMO RPG with millions of players), that’s why I’ve never been disappointed. “It could be worse.” Let’s look at other statistics 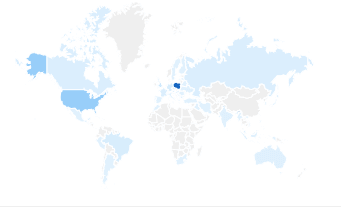 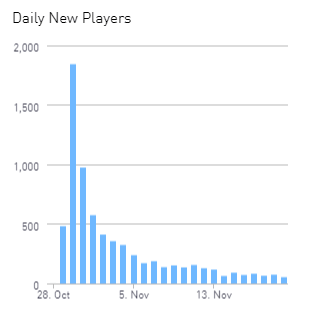 Most number of rates (Android) comes from Xiaomi Redmi Note 4. In terms of downloads, most popular phones are Redmi 4x and Redmi Note 4, expect it there is a lot of other Xiaomi Devices + many Samsung smartphones. Total daily playtime (the best day) is 8.68M seconds (~100 days), total daily playtime per user (the best day) is 3.13k seconds. Expect it, on the best day. I had noticed 38.53k shop button clicks (only one shop) and 11k transports (started transports, transport is a game mechanism).

*Best day = day with the highest rate of installs

I had thought that I would get many 1-star rates (I got 2x crash bug):
1. I had updated Google Services because older was working terrible, I got no errors on my phone (Android 6), all was working fine, then after releasing the game to Google Play, I got crashes on users with Android 6+.
2. I had published a small update, and then my game started crashing, users couldn’t start the game (game engine corrupted packaged game files, only Android).
Those crash didn’t affect rates because I got good users, they had reported me those bugs so fast + I fixed them in less than 24 hours (usually day of bug report = Day of a bug fix). Time for more images

Country map from Google Play (click image to open it in full size):

I think that Fisherman was a project that took me the most time of my gamedev journey, but from another side, it didn’t get many downloads, 8th game went worse (in terms of players) than my 2nd game, but now I got a lot more experience + more power in marketing. My plans? I think I will drop for a while F2P games, and I will move towards paid games, I will mostly aim PC (Windows + Linux + Mac) games, I think it’s time to change something. You can also play my game here (just click one of these buttons/images): 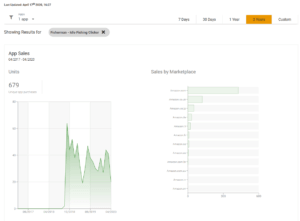 Nice change, Fisherman is my best game (in terms of downloads + earnings). In the past, the game on Google Play was getting ~20+ downloads per day (thanks to my ASO, search optimization), like a half year ago the number of downloads has dropped, shame (I think Google has changed few things in a search engine on Google Play). I got the same situation with game earnings. Change From $41.5 to $295.81 is a huge surprise for me.

Earnings data (click image to open it in full size): 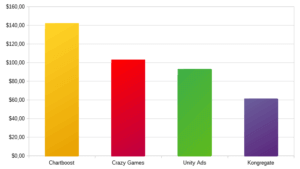 Check out statistics from my 8 games.

And check out statistics and earnings from my IOS games.