Earnings and Statistics from my 2nd Android/IOS + WebGL Game

I had released my 2nd game on Android and WebGL. It’s a simple clicker/idle game. Tree Tap – Money Idle Clicker was downloaded 539x (total), WebGL version got 13500 gameplays, those numbers are not significant, to be honest, those statistics are weak, but I’m glad that someone had played my game. Money Tree got 398x downloads from Google Play and 141x downloads from the Amazon App Store. The highest number of downloads (in one day) was 72x. The game is downloaded 12-14x/per day. As a curiosity, a record of my first game (downloads in one day) was 30x. 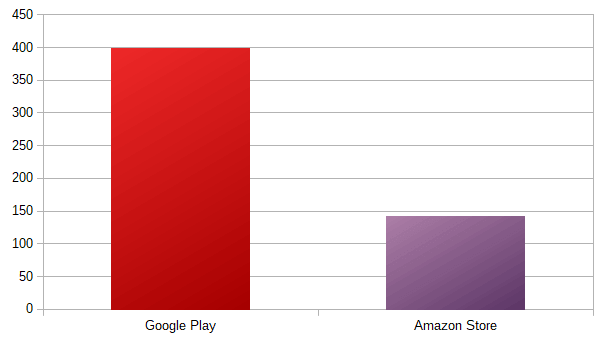 Big fail, I’m getting used to it, at least I had learned something new:-} Shame I didn’t release the game on IOS, but the price for that was high ($100 for Apple License per year + I would need Apple Computer + iPhone) 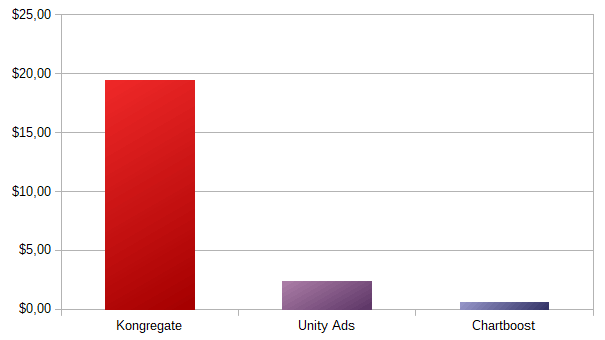 I can’t withdraw this cash. It’s too small. I was ready for those earnings. I didn’t get hope for big earnings. I’m still learning how to program. I think that my games are too weak, to earn some cash, I need to make better games. For marketing, I had used: Twitter, Facebook, Reddit, Wykop(Polish website), and I had written to many YouTubers, sites. I was also frequently updating the game (based on the player’s requests). As a next curiosity, my game is frequently used on those devices: 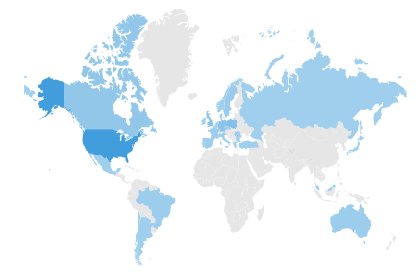 What are my plans? I plan to make a new update for “Tree Tap – Money Idle Clicker,” then I will try to learn new things in C#, and I will make the next game. I think that it will be next clicker, but I plan to make the other mechanic for it, it won’t be boring clicking. If You got any questions, write to them, I will try to answer them all. You can also play my game here (just click one of these buttons/images): 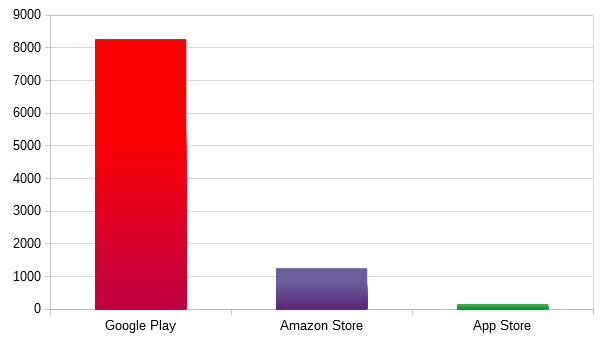 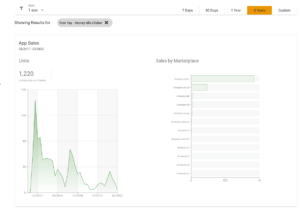 *Fun Fact: Money Tree was downloaded 116x from itch.io (total). And I had sold one copy of my game (donation): 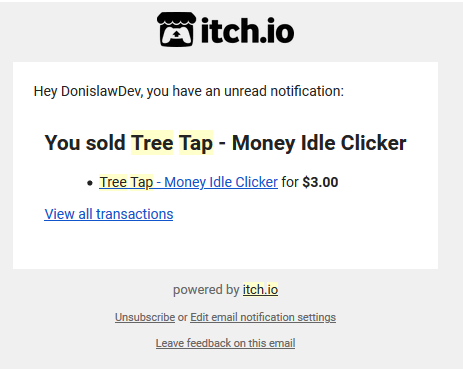 Wow, that’s a huge difference, from $22.44 to $130.04 + 210.69 euro, releasing the game on Crazy Games was a great idea, Crazy games got an SDK that offers reward video ads (Web Version), I have implemented it late (when I was releasing the game, there was no SDK like that). So, most of the earnings are just from normal plays (with ads). Right now, my Money Tree got ~150k plays on Crazy Games. From Fun Facts, the Chartboost got $51.62 ($18.14 is from Amazon Store, but my game got ~7x fewer downloads on Amazon Store than Google Play). We can see that I had released the game on App Store (IOS), but with small numbers of downloads, it didn’t bring good earnings. Crazy game is the version, that has brought me the most cash + right now, the game (On Crazy Games) is earning like 0.12 euro per day. Shame, but nowadays, the earnings from the game are a lot less, I mean the game is getting less and fewer downloads = fewer ads, same with online versions. 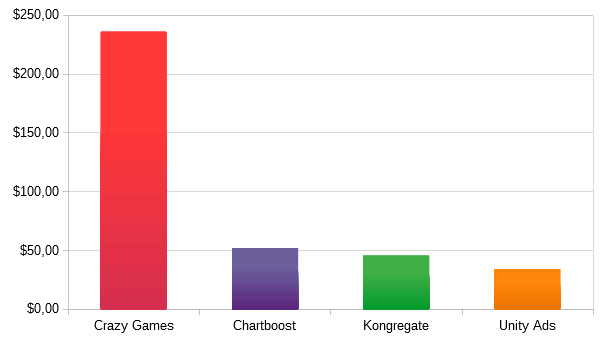 Check out statistics from my 3rd game.